The Interstate Highway System is the most significant public works project in the history of the United States. The Federal-Aid Highway Act of 1956 approved the construction of the highway system. The system spreads throughout the contiguous U.S. and has roads in Alaska, Hawaii, and Puerto Rico.

Construction of the Highway System was declared finished in 1992. The cost of the Interstate Highway System’s construction was almost $114 billion (equal to $521 billion in 2020). The primary system has been extended many times by the expansion of being designations and creating new designations. Currently, all routes’ total length is more than 48.4 thousand miles (~78 thousand kilometers). 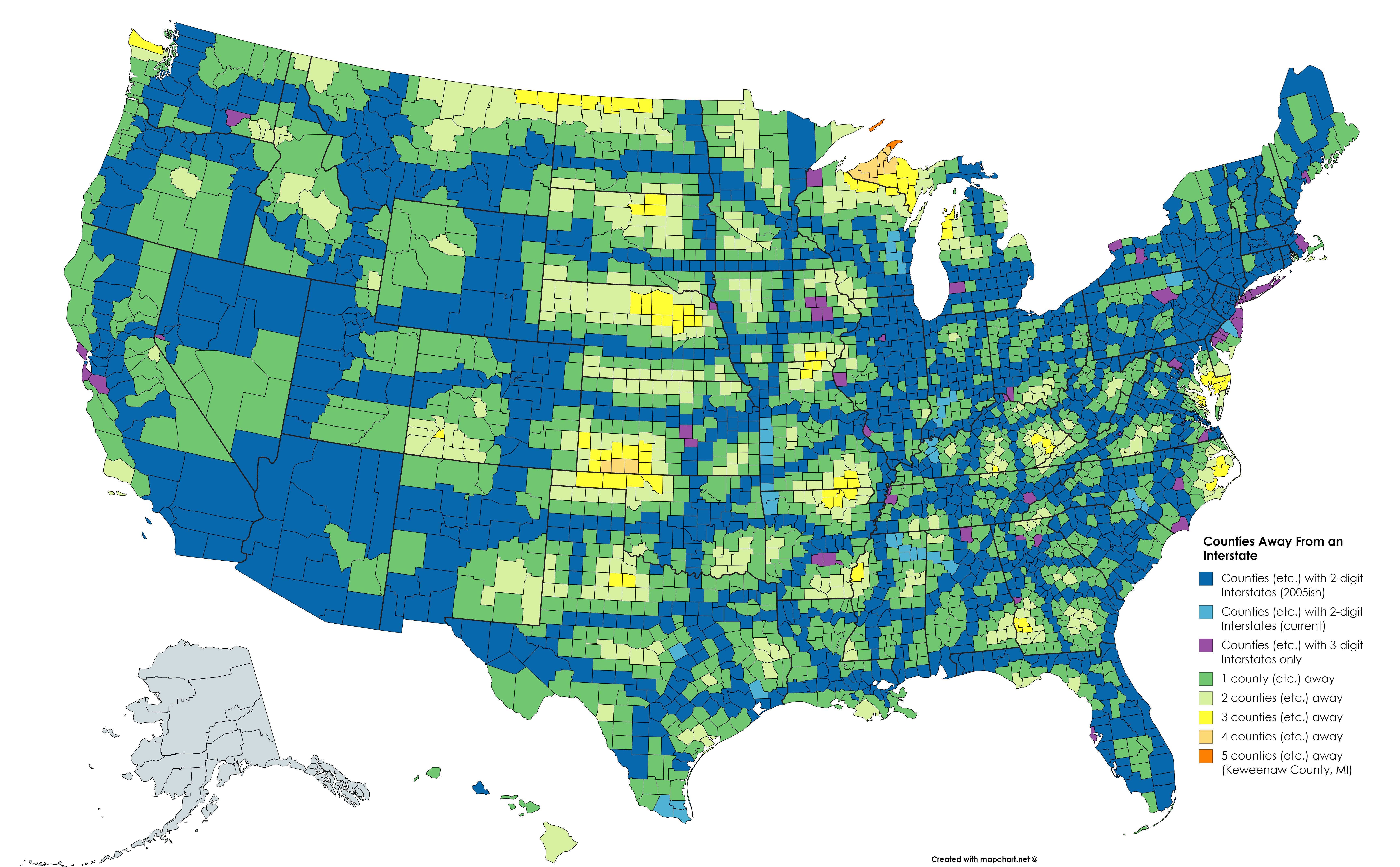 Interstate highway roads use a numbering system in which central Interstates are assigned one- or two-digit numbers, and shorter routes have given three-digit numbers where the last two numbers match the origin road.

The highway system is the arteries of the country. In 2018 approximately 1/4 of all transportation miles driven in the country used the Interstate Highway System.

The United States interstate system as a subway map

Another way to simplify the United States interstate highway system below.

According to MetricMaps, about 75 percent of the US population resides 5 miles from the interstate.