Identifying Regions of England, according to the most frequently used definitions in the public and private sectors. 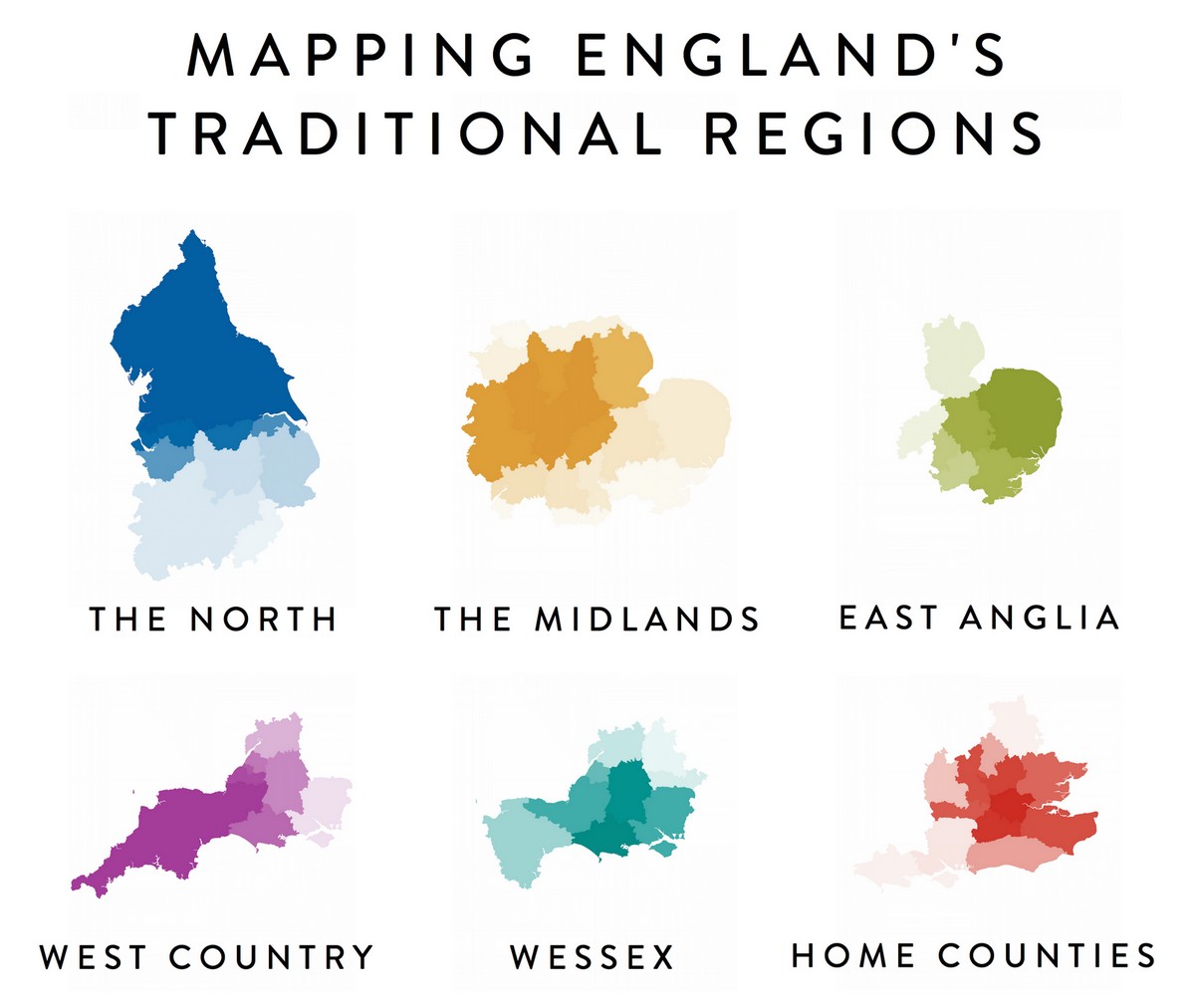 The North: current North East (the combined area of Northumberland, County Durham, Tyne and Wear and a small part of North Yorkshire) + Cumbria

East Anglia: The counties of Norfolk, Suffolk, and Cambridgeshire, including the City of Peterborough unitary authority. (The name derives from the Anglo-Saxon kingdom of the East Angles, a tribe whose name originated in Anglia, northern Germany)

West country: The historic counties of Cornwall, Devon, Dorset, Somerset, and often the counties of Bristol, Gloucestershire, and Wiltshire.

Wessex: South West England without Devon and Cornwall (An Anglo-Saxon kingdom in the south of Great Britain). 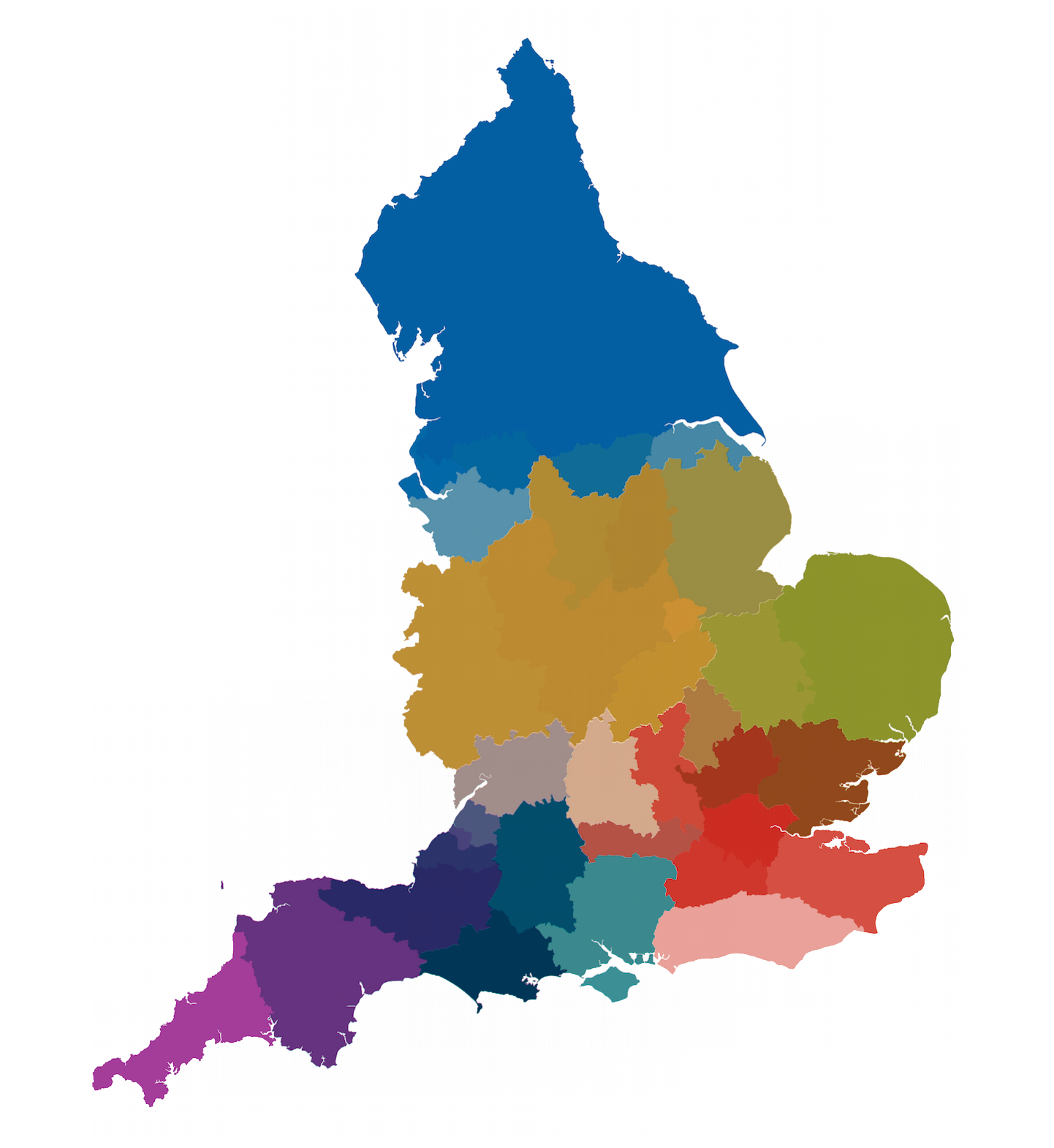