The ancestors of living Native Americans arrived in North America about 15 thousand years ago. As a result, a wide diversity of communities, societies, and cultures finally developed on the continent over the millennia.

The population figure for Indigenous peoples in the Americas before the 1492 voyage of Christopher Columbus was 70 million or more.

Below is the tribal map of Pre-European North America. 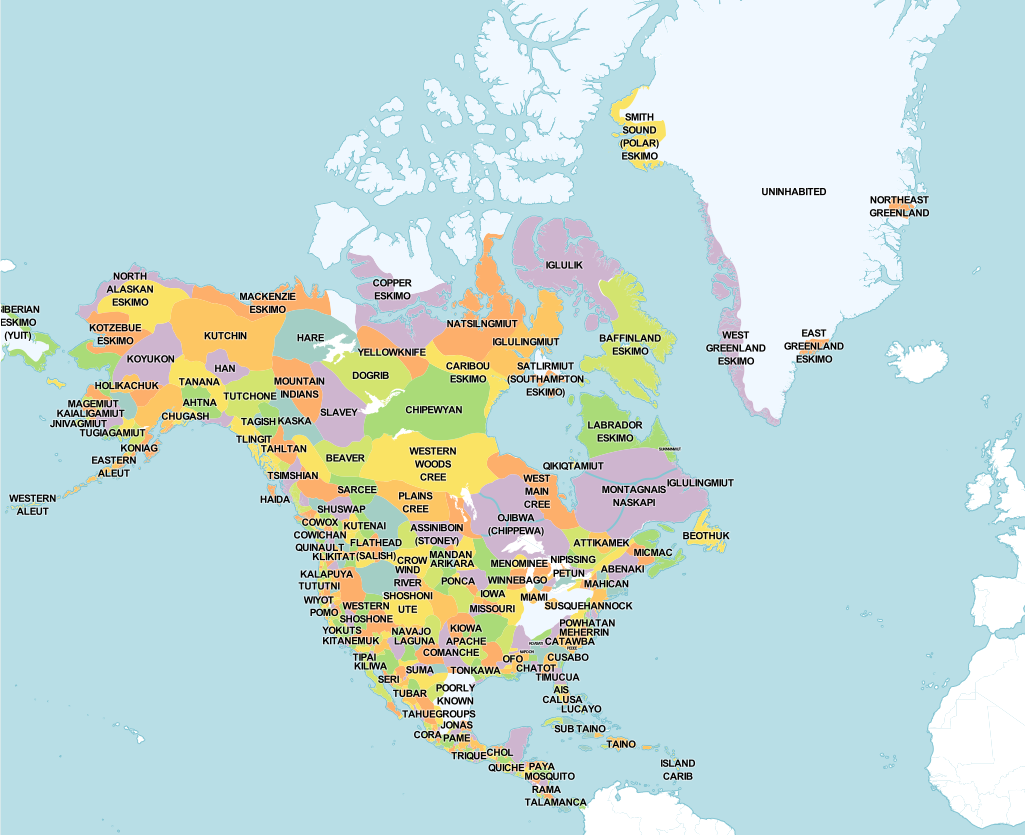 The old map below gives a Native American perspective by placing the tribes in full flower ~ the “Glory Days.” It is pre-contact from across the eastern sea or, at least, before that contact seriously affected change. Stretching over 400 years, the time of contact was quite different from tribe to tribe. For instance, the “Glory Days” of the Maya and Aztec came to an end very long before the interior tribes of other areas, with some still resisting almost until the 20th Century.

At one time, numbering in the millions, the native peoples spoke close to 4,000 languages.

The Americas’ European conquest, which began in 1492, ended in a sharp drop in the Native American population through epidemics, hostilities, ethnic cleansing, and slavery.

When the United States was founded, established Native American tribes were viewed as semi-independent nations, as they commonly lived in communities separate from white immigrants.

The Invasion of America

Between 1776 and 1887, the United States seized over 1.5 billion acres from America’s indigenous people by treaty and executive order.

Today, over 5 million Native Americans in the U.S., 78 percent of whom live outside reservations.

Percentage of Indigenous peoples in North America per state and province

To read more about the subject of native tribes of North America, consider the following books on Amazon: