American population distribution is uneven. This uneven distribution of the population is due to historical and physical factors (climate, landforms, soil conditions). Therefore, approximately 40 percent of the U.S. population lived in counties on the shore, and the vast expanses of the western United States are almost deserted.

To depict the uneven distribution of the population more clearly, I tried to represent the U.S. block-level population density of the United States as a relief map. Unpopulated areas are colored like a continental shelf.

The maps below illustrate how the population density distribution changed from 1990 to 2010. 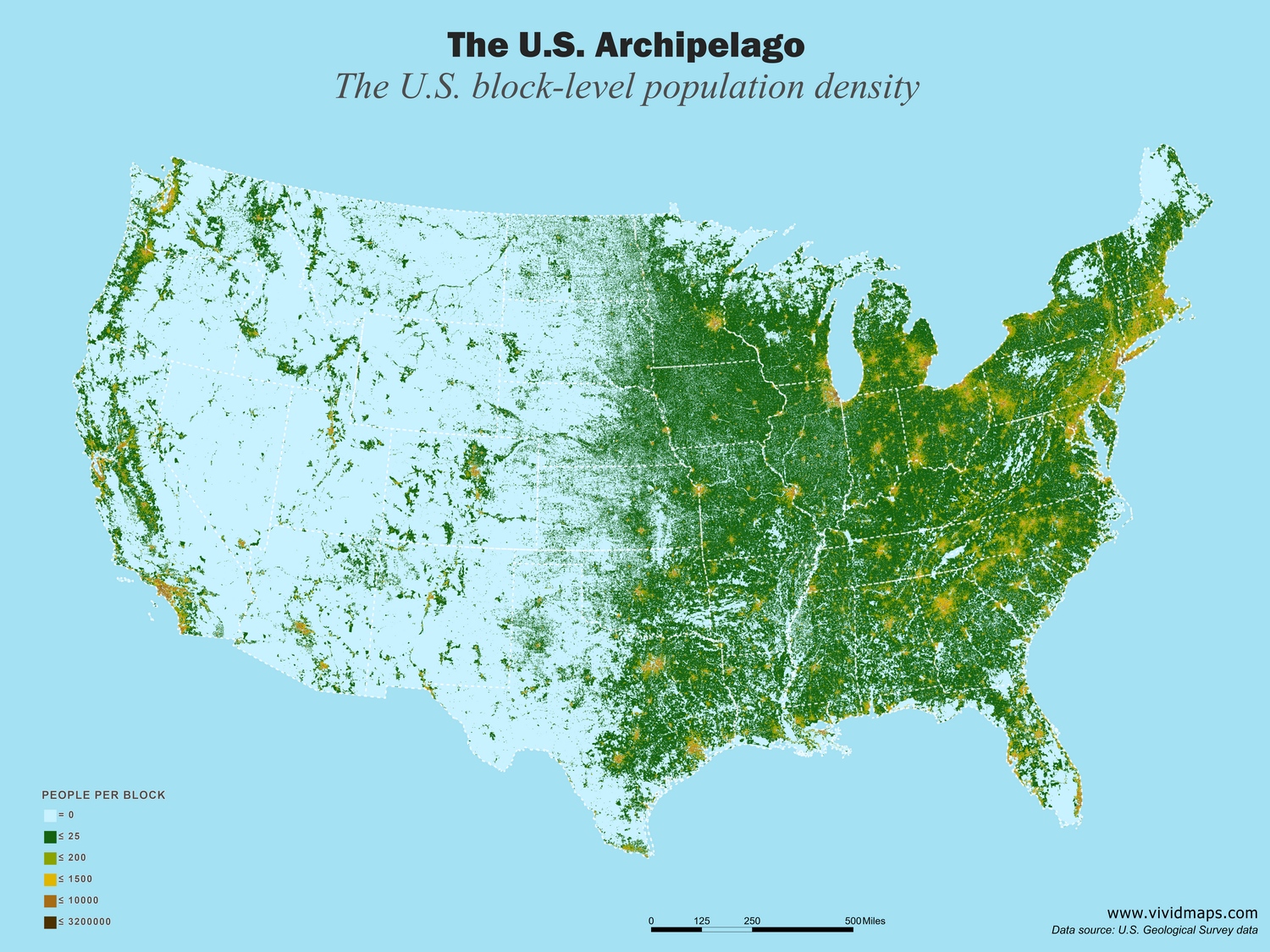 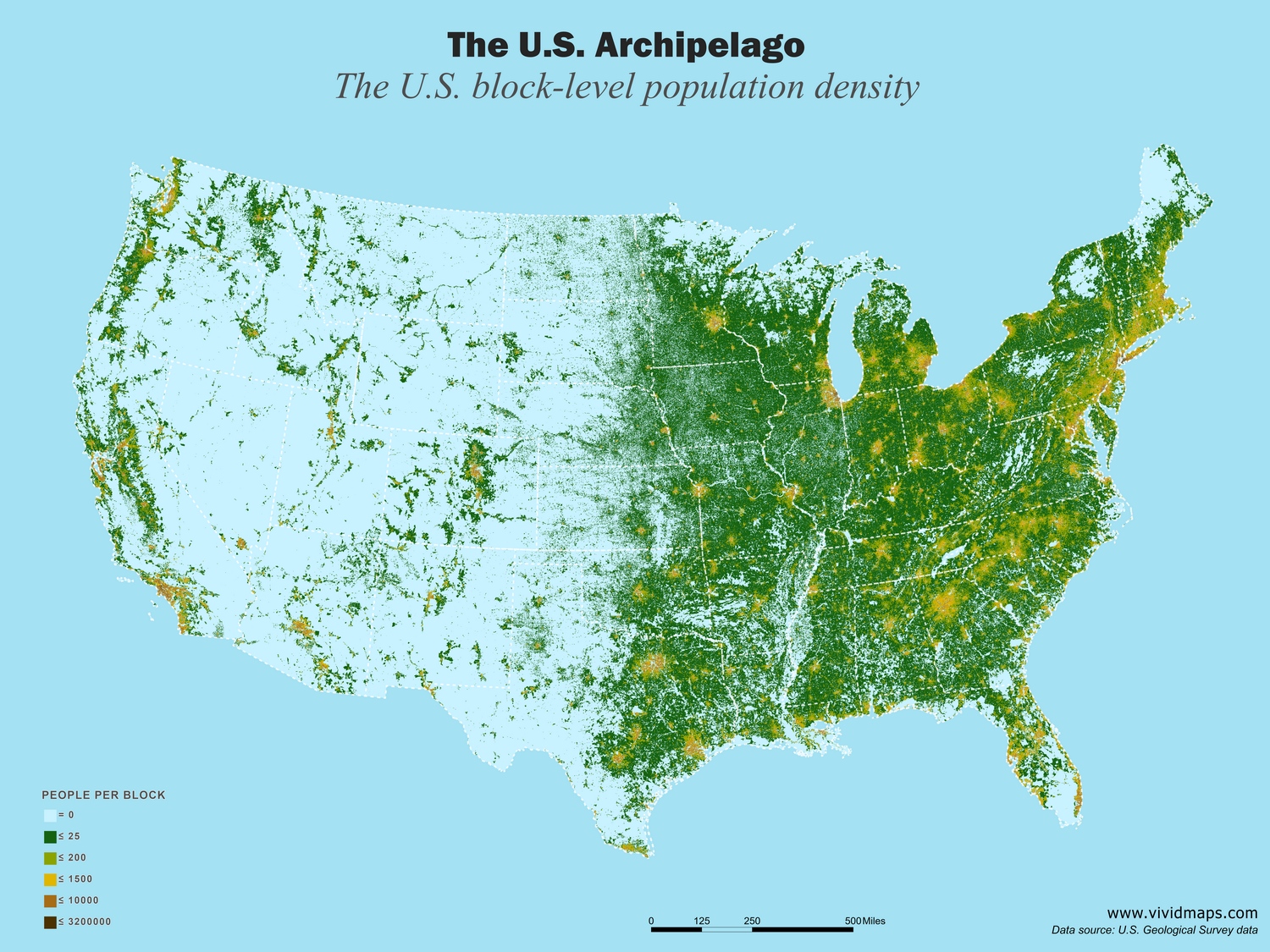 Population decline hit most nonmetro U.S. counties in the Great Plains from North Dakota to West Texas, stretching into Corn Belt lands of Illinois and parts of other Midwestern States.

The accelerated increase was also gathered in recreation regions with beautiful landscape and retirement destinations, such as throughout the Pacific Coast and the Mountain West (influencing many U.S. counties in Utah, Idaho, Nevada), in the Ozarks Mountains and southern Appalachia, and along the Gulf of Mexico and South Atlantic seashores.