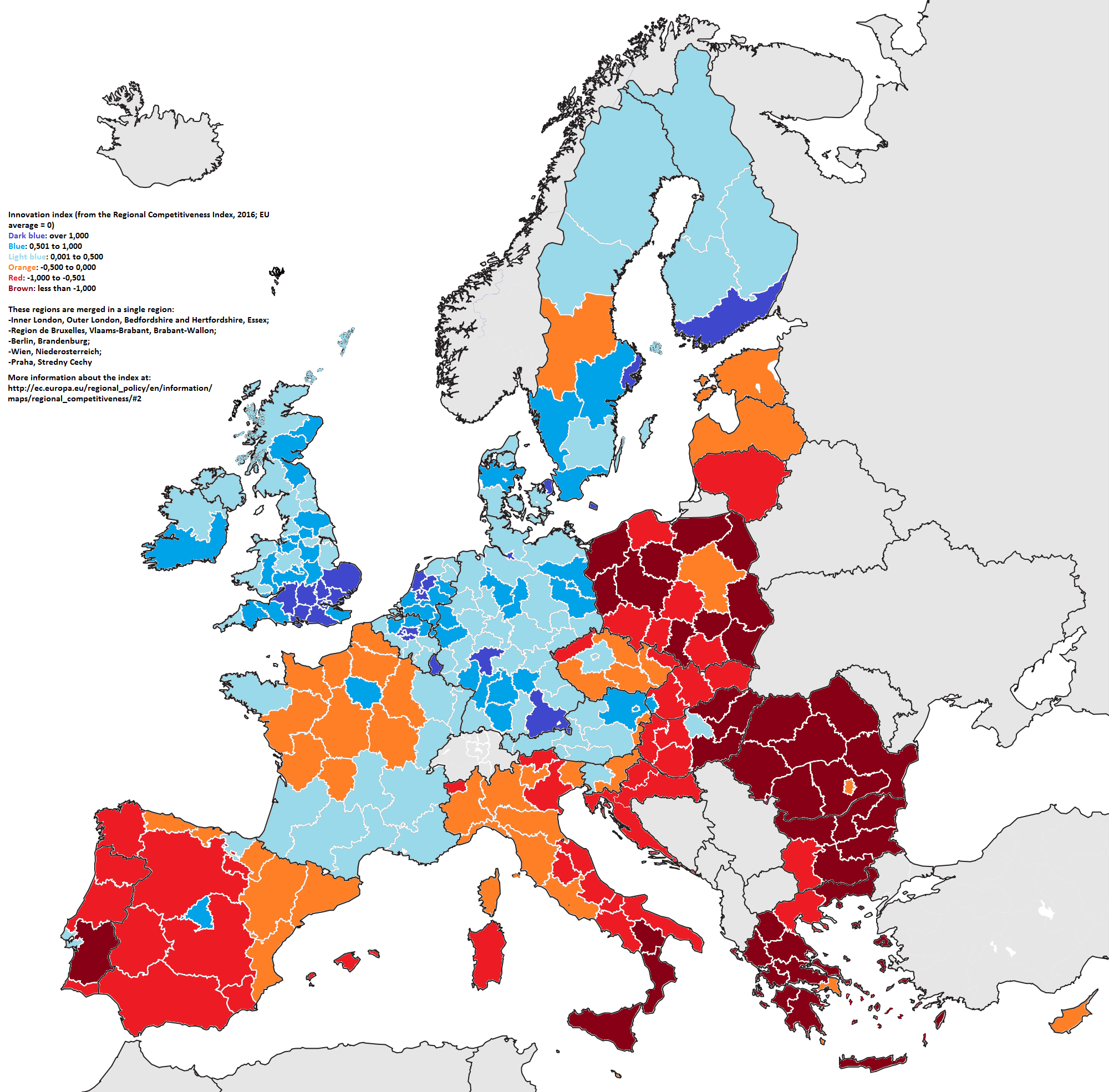 The best performing regions are Luxembourg, London and the capital regions of Sweden and Denmark, while the worst performing ones are all Romanian and Bulgarian regions (except the capital ones).

Data are taken from the Regional Competitiveness Index,  2016.