Species distribution modelling (SDM) is widely used to predict suitable habitats of living organisms based on niche conservatism on a global scale.

I used a “Maxent” (machine-learning technique called “maximum entropy modelling”) to model comfortable habitat for Homo sapiens, based on the current location of settlements. Maxent software (version 3.4.1) was downloaded from biodiversityinformatics.amnh.org

Maxent software for modelling species niches and distributions by applying a machine-learning technique called maximum entropy modeling. From a set of environmental (e.g., climatic) grids and georeferenced occurrence localities, the model expresses a probability distribution where each grid cell has predicted the suitability of conditions for the species. For the map cells predicted using Maxent, cells with values of 1 had the highest degree of habitat suitability, while cells with values of 0 had the lowest. Habitat suitability was determined based on the climatic similarity to sites where the species already occur. Maxent’s predictive precision was based on the area under the curve (AUC) of the receiver operating characteristic (ROC), which regards each value of the prediction result as a possible threshold; the corresponding sensitivity and specificity were obtained through calculations. AUC ranges from 0.5 (lowest predictive ability or not different from a randomly selected predictive distribution) to 1 (highest predictive ability).

I selected towns and cities in the world with 100, 1000, 10000, and 100000 inhabitants and used 19 bioclimatic variables to model the potentially suitable environmental distribution of Homo sapiens. Bioclimatic variables were downloaded from the global database WorldClim (www.worldclim.org) at a spatial resolution of 30 arcseconds.

The most suitable habitats for Homo sapiens

In the map above, the pale green color indicates areas suitable for human habitation, obtained as a result of modeling using settlements data with a population of more than 1 million. Subsequent gradations in green color indicate the suitability of the area for Homo Sapiens habitation when using in the modeling of settlements data with a population of 100000, 10000, 1000, and 100 (dark green color).

Brazil is the biggest country in the World 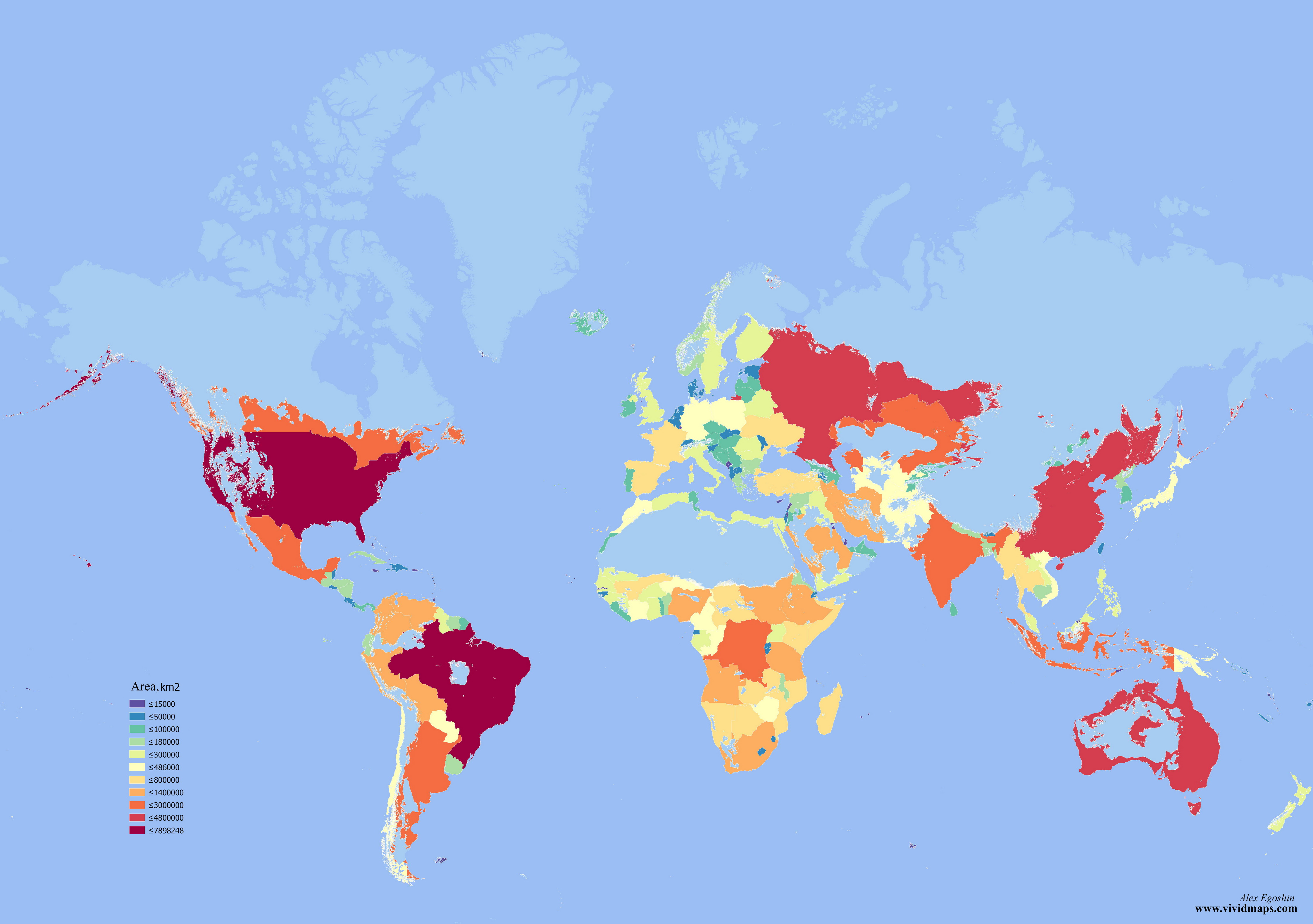 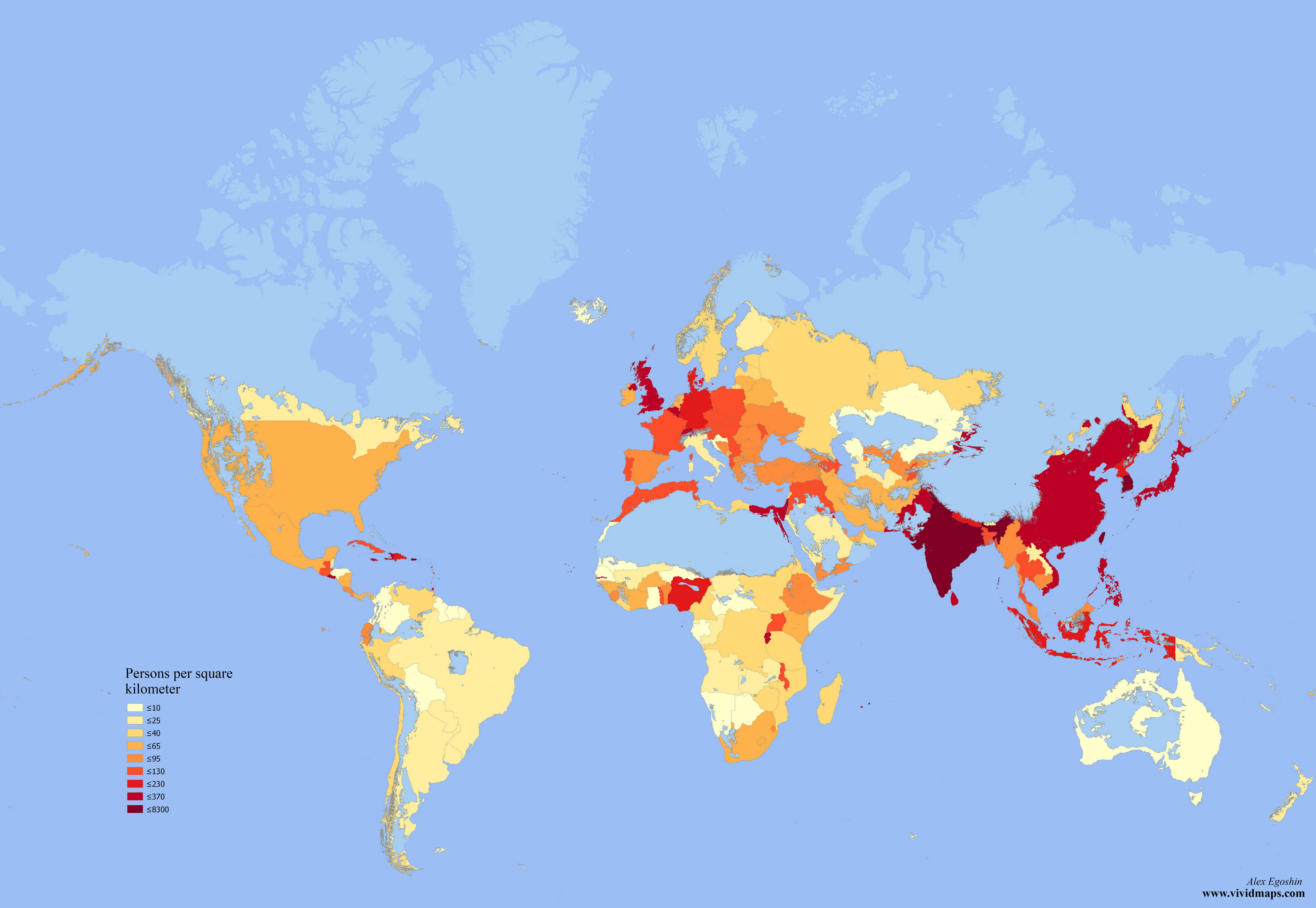