On November 3, the United States residents elected their new President to lead the nation for the next 4 years. Joe Biden will be the oldest President, at 78 years old. His running partner, Kamala Harris, will be the first Black woman and South Asian origin to serve as U.S. vice president.

Donald Trump the first U.S. president since George Bush in 1992 and the 11th incumbent in the nation’s history to lose a bid for a 2nd term, and Joe Biden got the largest percentage of the popular vote against an incumbent since 1932. Biden won 306 electoral college votes compared to 232 for Donald Trump. The turnout rate in the 2020 elections was 66.9%, comparing to 55.7% in 2016.

The maps below present the results of the 2020 U.S. Presidential Election, according to results published by Fox News, Politico, the New York Times, and Alaska.gov.

These maps overall don’t look too different from 2016. Joe Biden won the majority of the people, Donald Trump won the preponderance of the land.

The Democrats are more concentrated geographically. According to the Brookings Institute, U.S. counties that voted for Joe Biden estimated 70% of U.S. economic output, with dense, high-GDP metro areas even in red-leaning states preferred the Democratic party. The one hundred most productive U.S. counties alone estimate for approximately 50% of U.S. output, and all but a few supported Joe Biden. 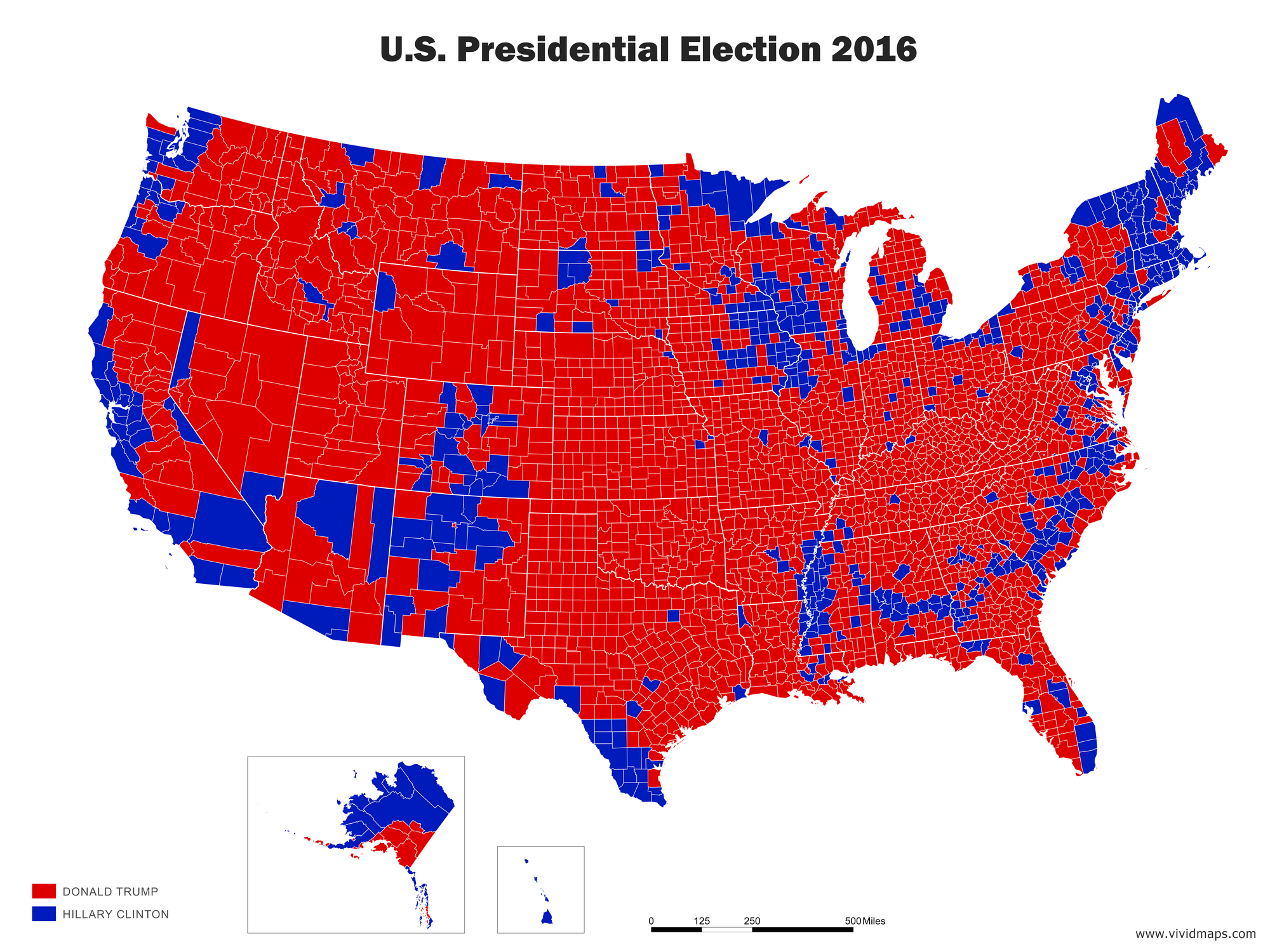 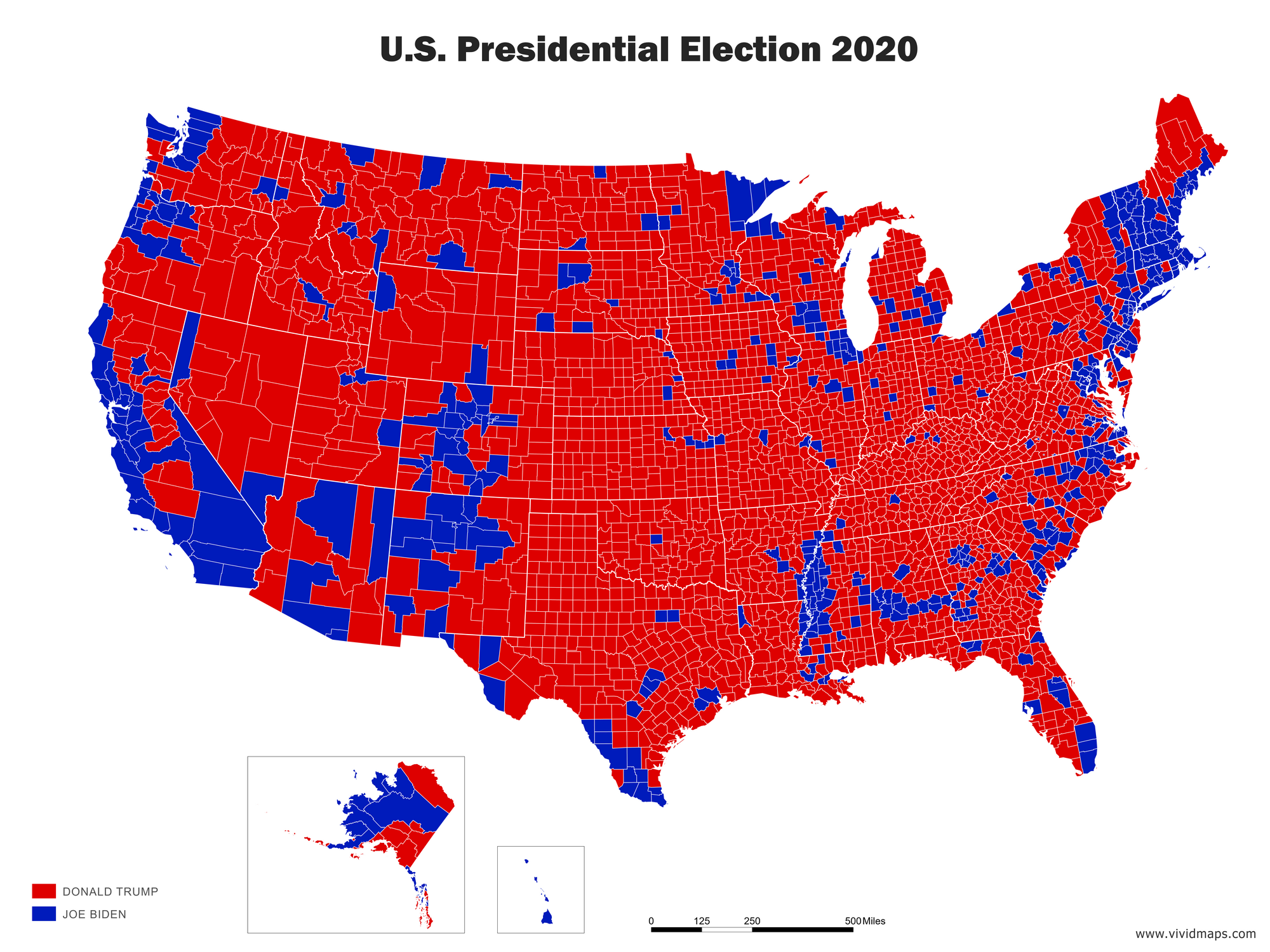 If Each State’s Most densely Populated County Decided The Winer: 2016 vs 2020 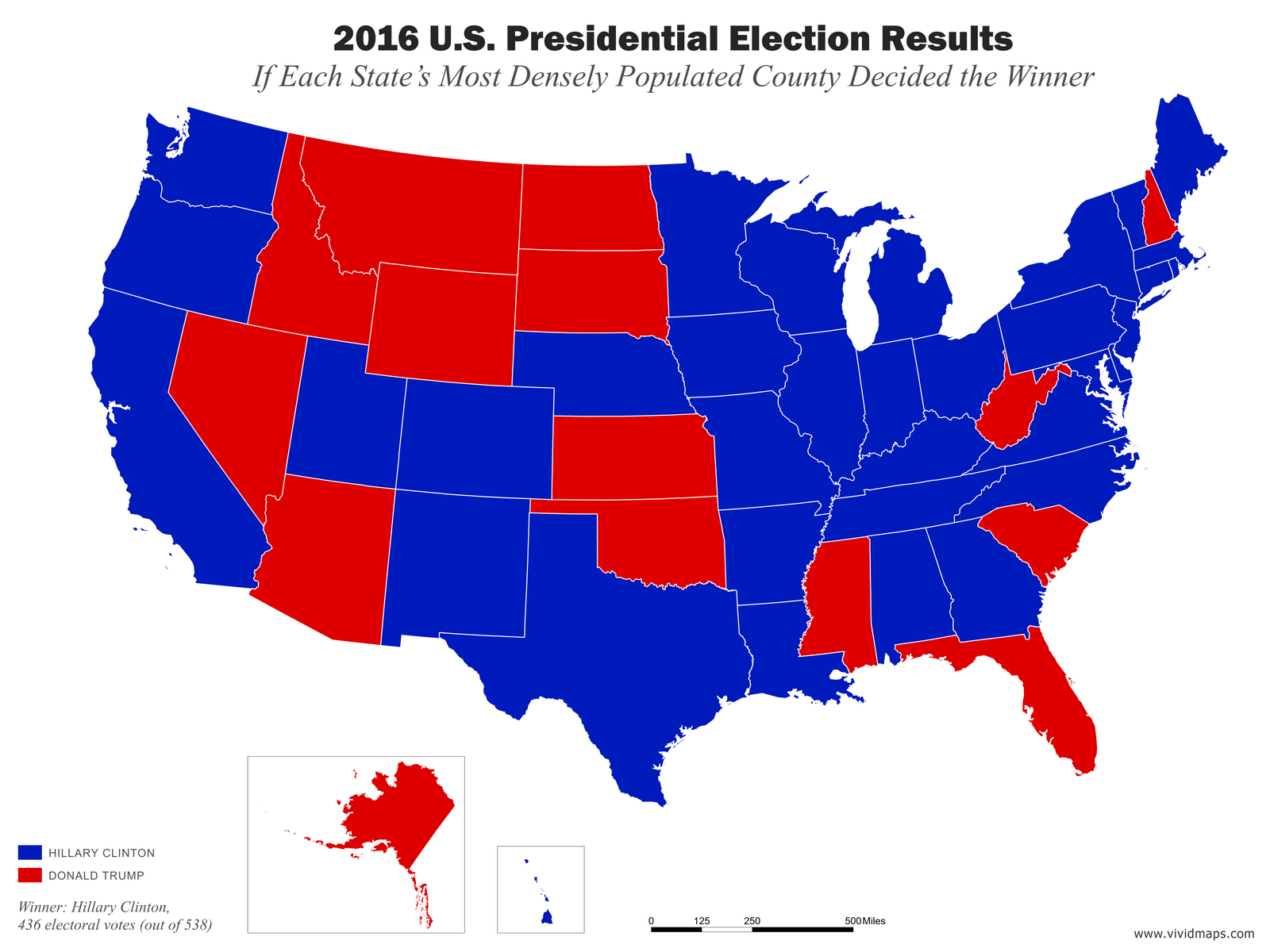 If Each State’s Least densely Populated County Decided The Winner: 2016 vs 2020 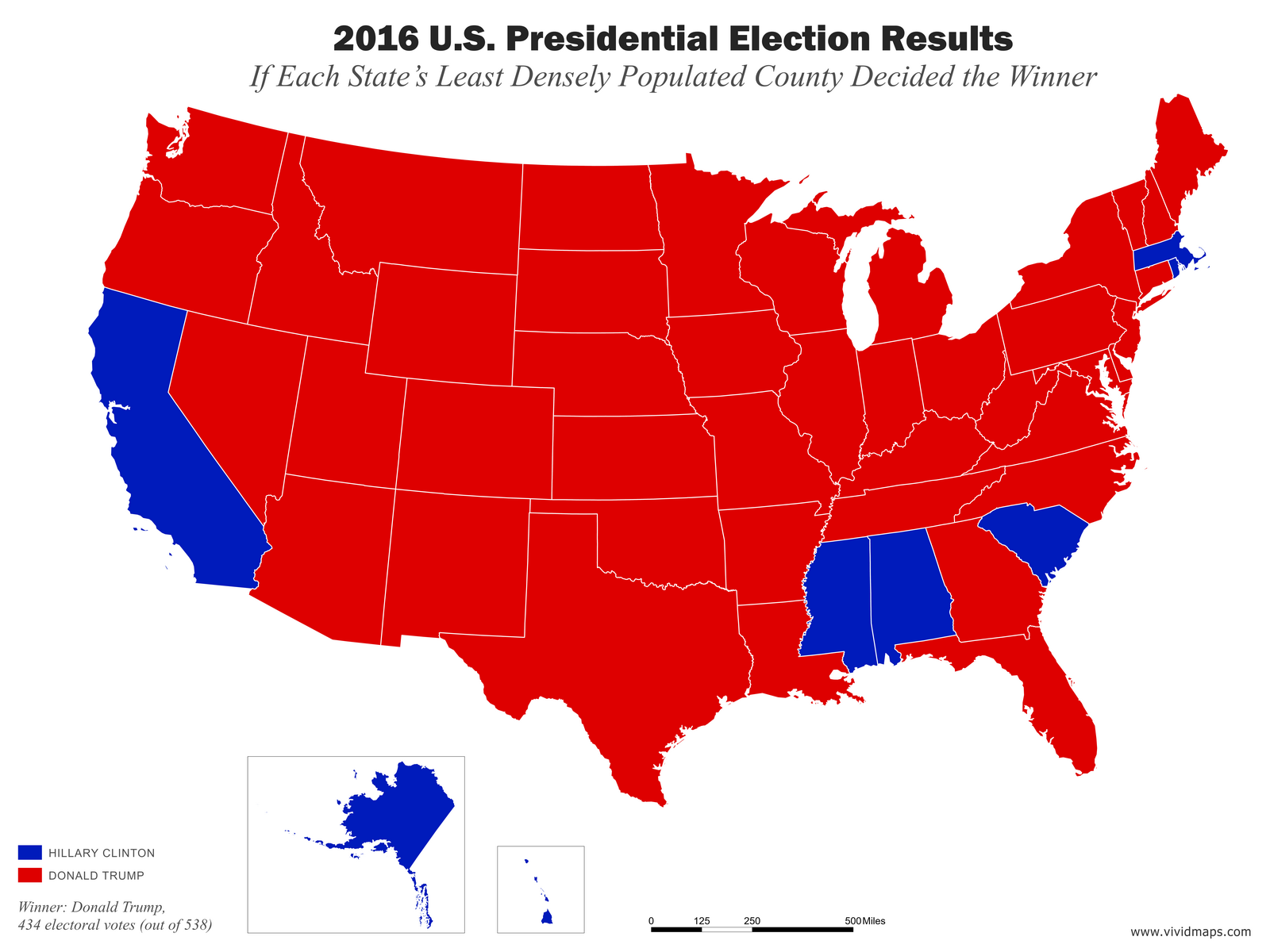 The percentage of support for each presidential candidate varied significantly across the country. 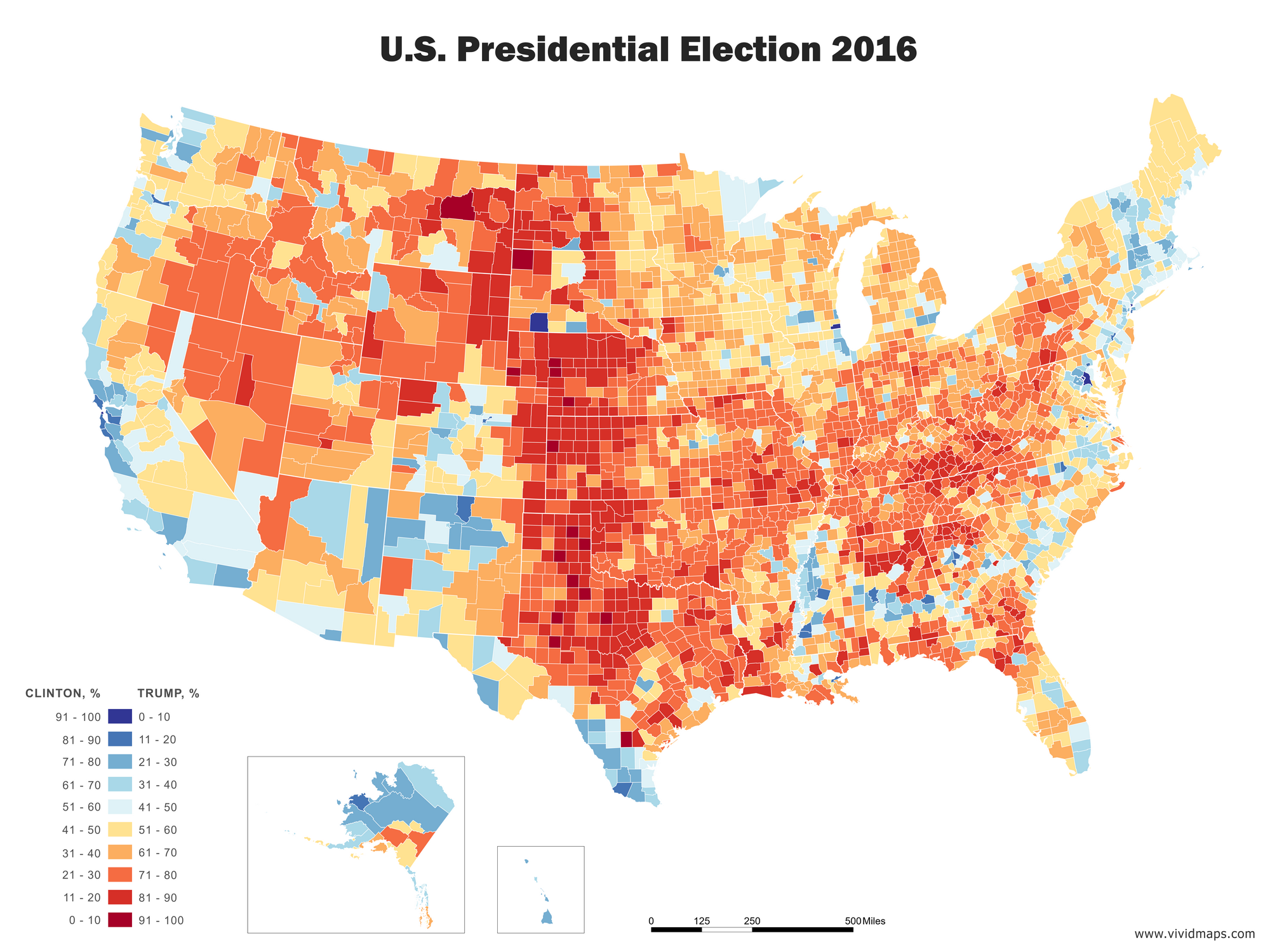 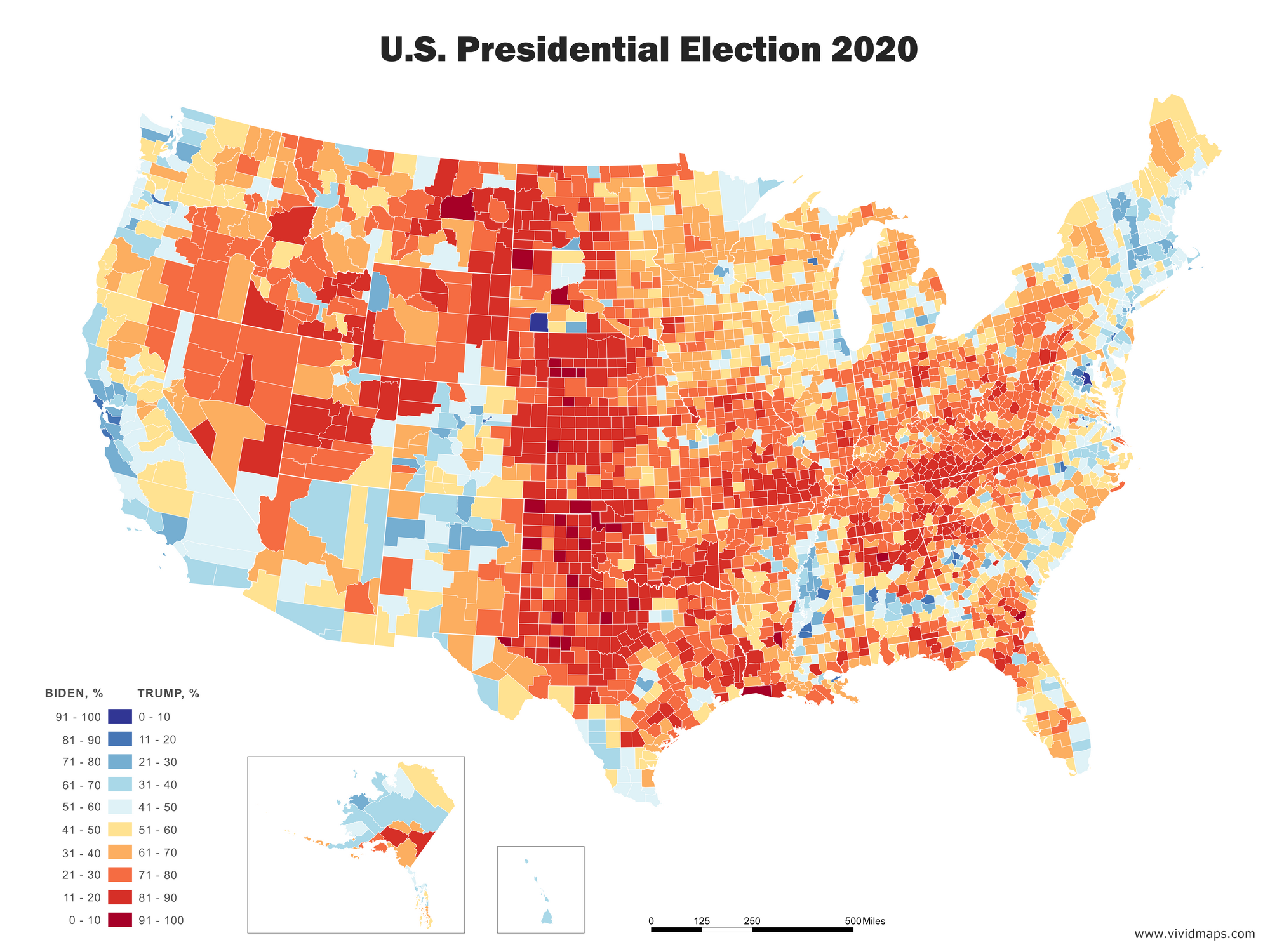 Here’s what the presidential election map looks like when considering vote margins by blending each blue and red vote within each U.S. county.

Below is the map that shows both vote margin and votes population. 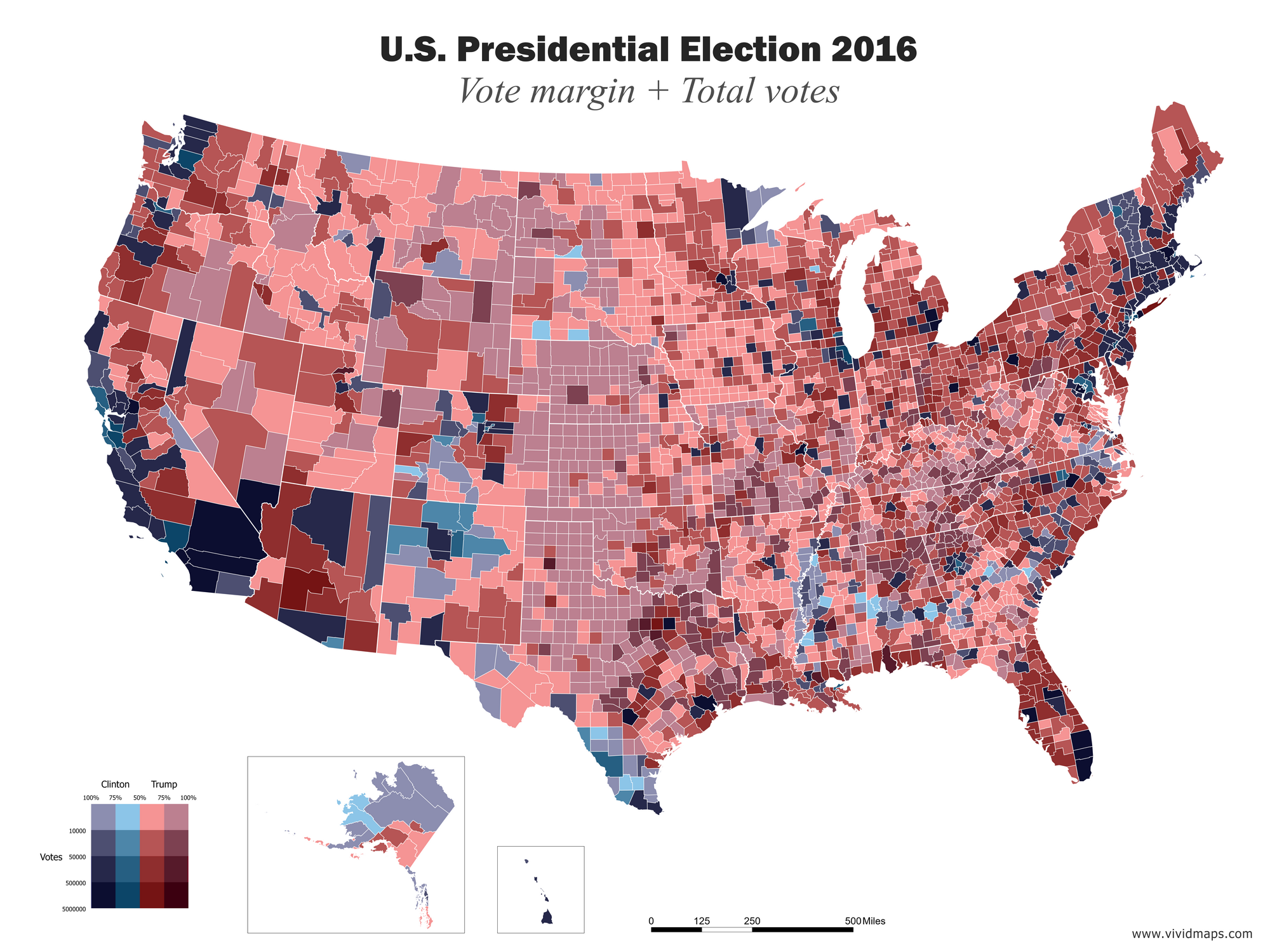 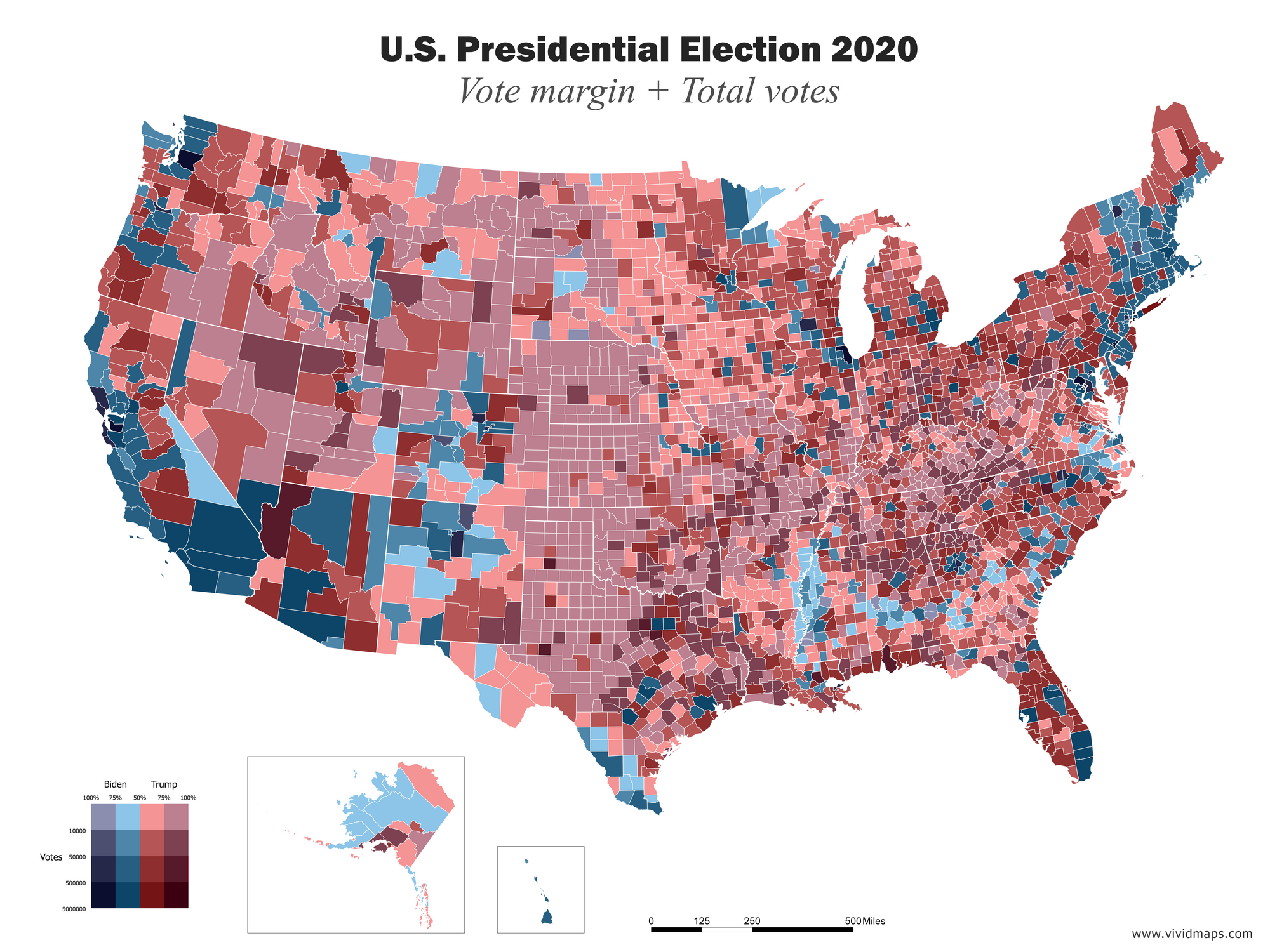 Four years ago, I made maps of the Trumpland and Clinton Archipelago that have been viewed by millions of people. I found it interesting to see how these maps would look based on the 2020 election results.

What happened with TrumpLand? 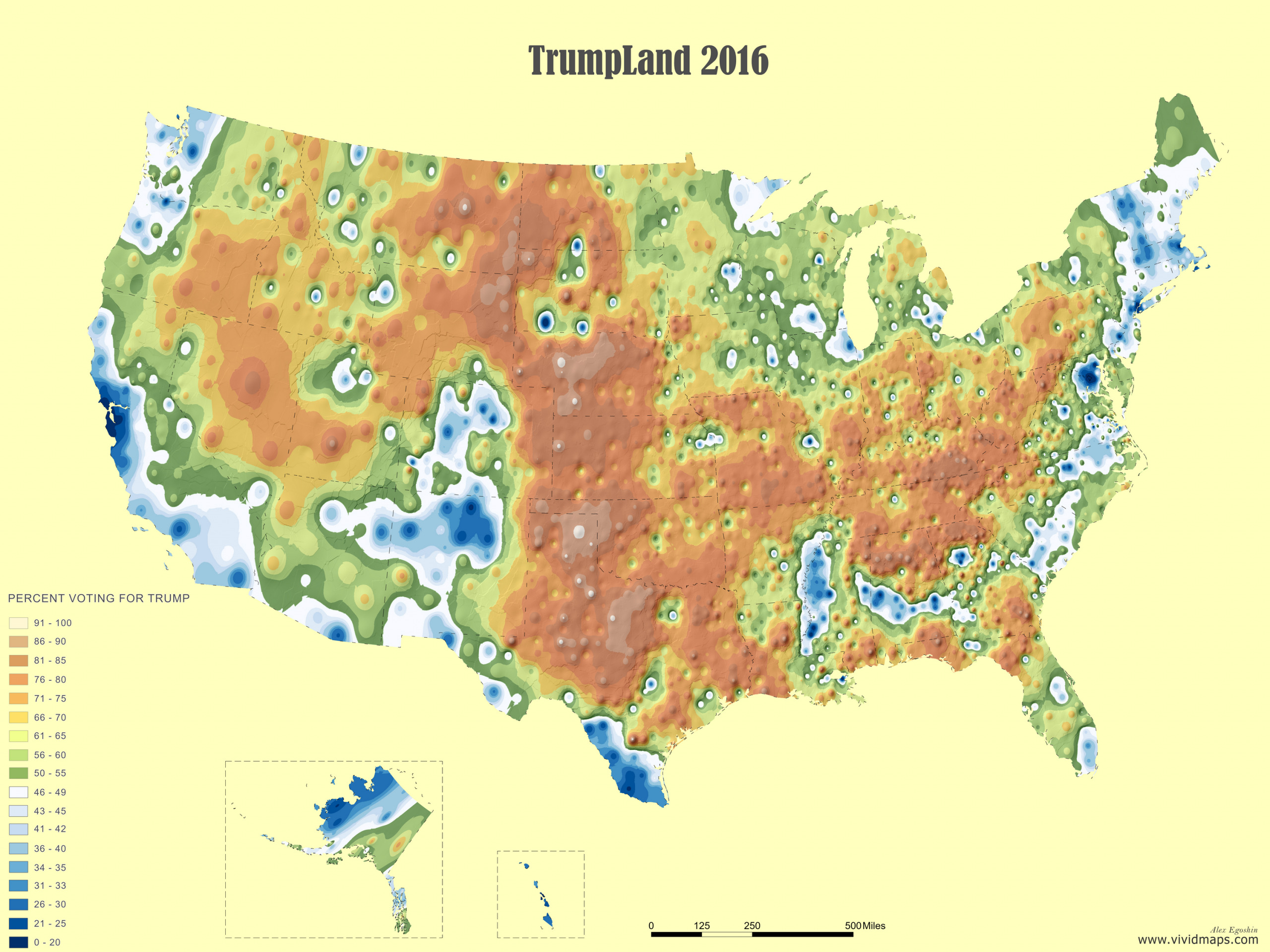 What happened with Clinton Archipelago? 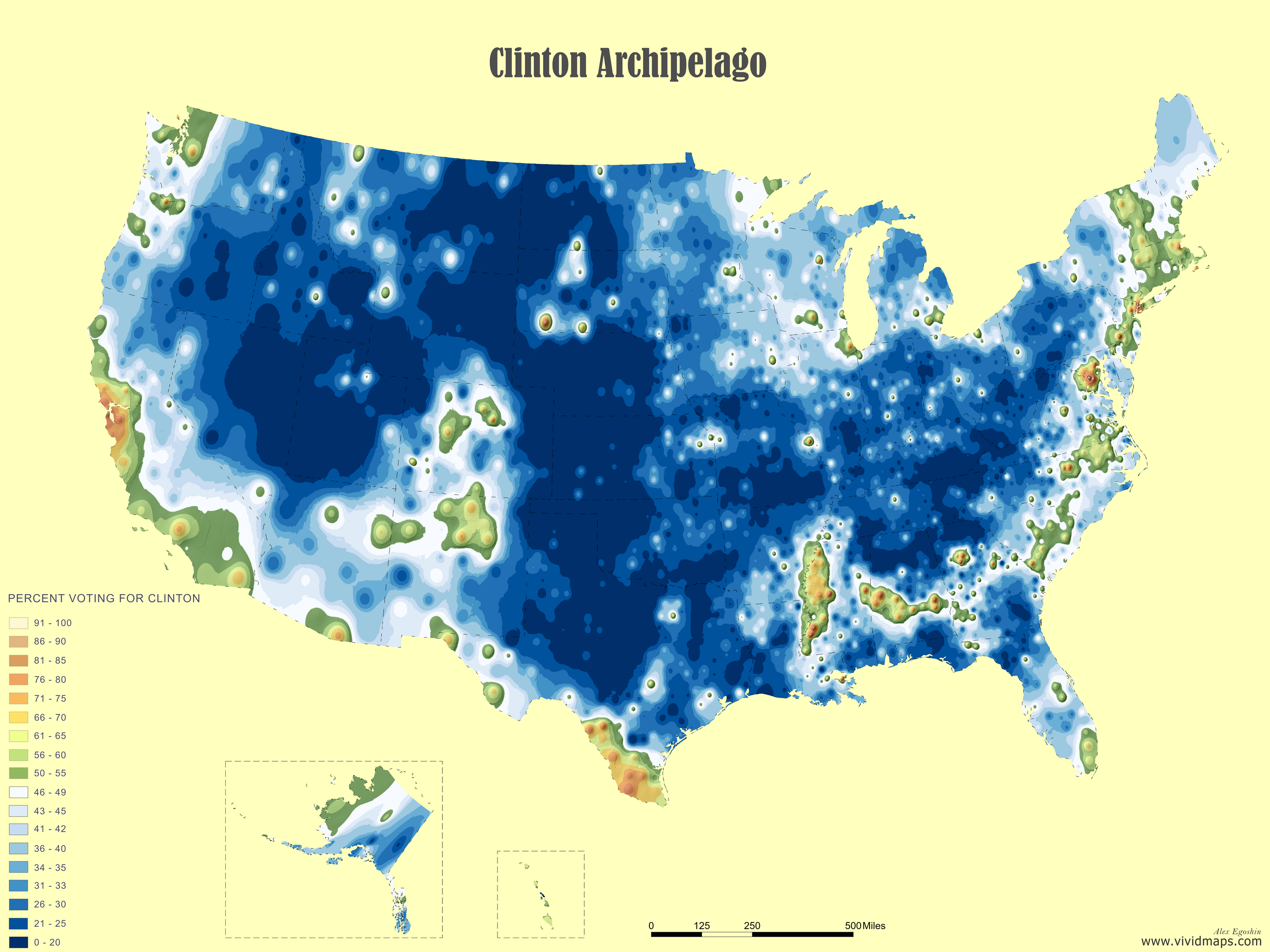